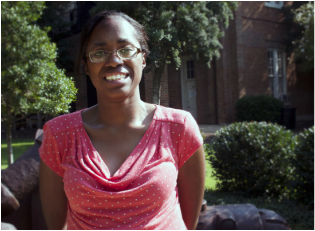 Dr. Hilary N. Green is an Associate Professor of History in the Department of Gender and Race Studies and serves as the co-program director of the African American Studies program. She also has a partial appointment in American Studies.

She earned her B.A. in History with minors in Africana Studies and Pre-Healing Arts from Franklin and Marshall College; M.A. in History from Tufts University; and Ph.D. in History from the University of North Carolina at Chapel Hill.  Her research and teaching interests include the intersections of race, class, and gender in African American history, the American Civil War, Reconstruction, Civil War Memory, the US South, 19th Century America, and the Black Atlantic.

She is the author of Educational Reconstruction: African American Schools in the Urban South, 1865-1890 (Fordham University Press, April 2016) as well as articles, book reviews, encyclopedia entries, and chapters in The Urban South During the Civil War Era, edited by Andrew L. Slap and Frank Towers, (University of Chicago Press, 2015), Epidemics and War: The Impact of Disease on Major Conflicts in History, ed. Rebecca Seaman. (Santa Barbara: ABC-Clio, 2018) and Reconciliation after Civil Wars: Global Perspectives, ed. Paul Quigley and Jim Hawdon (New York: Routledge, 2019). Her article entitled “At Freedom’s Margins: Race, Disability, Violence and the Brewer Orphan Asylum in Southeastern North Carolina, 1865-1872” received the 2016 Lawrence Brewster Faculty Paper Award from the North Carolina Association of Historians. She is the book review editor for the Journal of North Carolina Association of Historians and the Digital Media Editor responsible for Muster, the blog for the Journal of Civil War Era.

She is currently at work on several projects, including a second book manuscript examining how everyday African Americans remembered and commemorated the Civil War. She is also at work on several pieces exploring the enslaved experience at the University of Alabama and other topics on the African American experience during the Long Reconstruction era, including the "The Burden of the University of Alabama's Hallowed Grounds," The Public Historian 42 (November 2020).

Hallowed Grounds Tours
Every semester, I conduct a select number of tours for classes, UA guests, and the general public. Typically, the scheduling process involves emailing with several potential dates, approximate size of the group and then coordinating a mutual time. I am unable to  able to accommodate all requests due to teaching, research, service and professional scholarly responsibilities. For the Spring 2022 semester, I am completely booked for tours, except for the public tours.

For the public tours, reservations are not necessary. These events are free and open to the public. We depart from outside the Gorgas House historical marker. The tours run about 60-75 minutes.