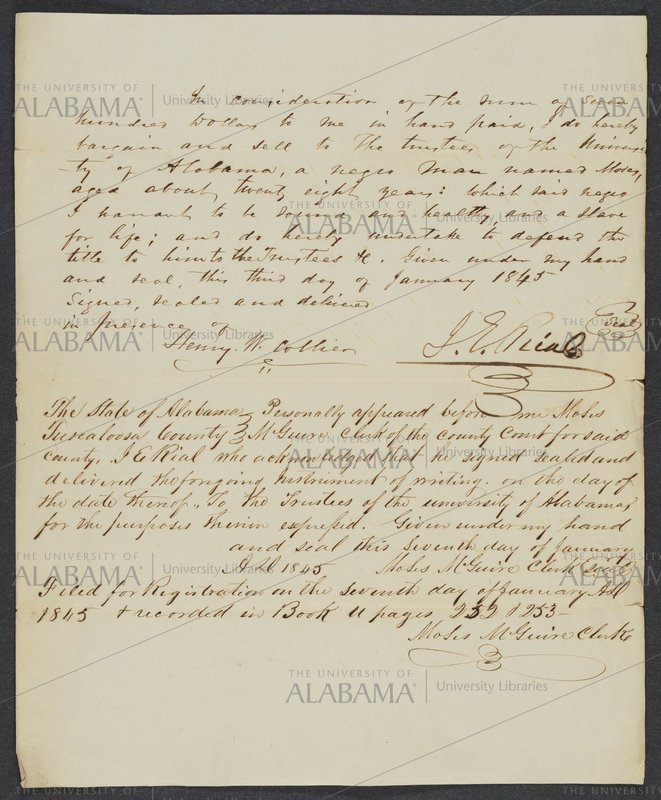 In consideration, of the sum of seven hundred dollars to me in hand paid, I do hereby bargain and sell to the trustees of the University of Alabama, a negro man named Moses, age about twenty eight years: which said negro I warrant to be a sound and healthy and a slave for life; and do hereby undertake to defend the title to him to the Trustees +c. Given under my hand and seal, this third day of January 1845.
Signed, sealed and delivered
In presence of
Henry W. Collier        J. E. Rial

The State of Alabama
Tuscaloosa County:  Personally appeared before me Moses McGuire Clerk of the County Court for said county, J. R. Rial who acknowledged that he signed sealed and delivered the forgoing Instrument of writing, on the day of the date thereof, To the Trustees of the university of Alabama for the purposes therein [expressed]
Given under my hand and seal this Seventh day of January A.D. 1845
Moses McGuire Clerk (seal).